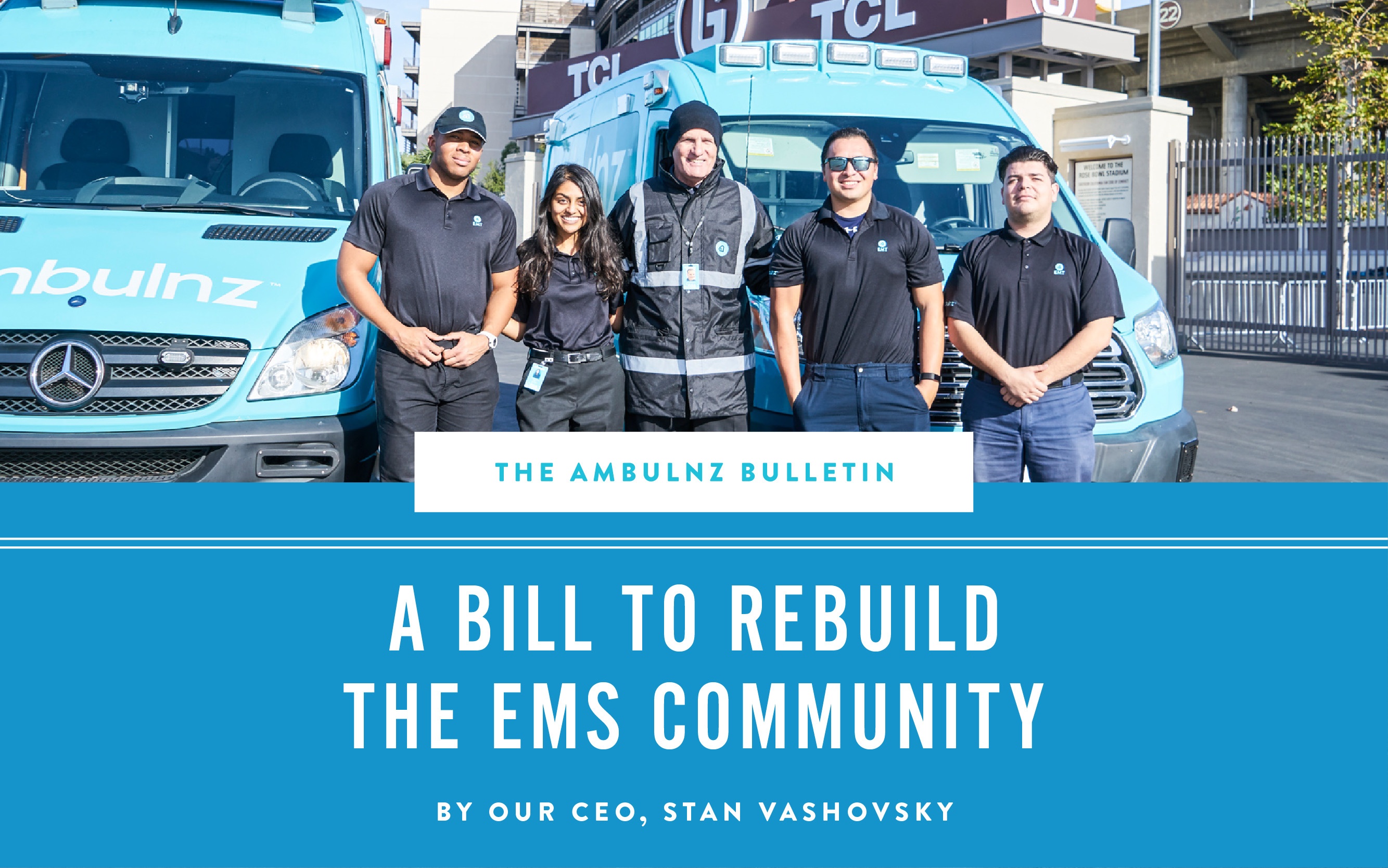 A Bill To Rebuild The EMS Community Next

EMT, The Fastest Growing Occupation In The Nation

Responding to life-threatening emergencies is an EMT’s job, but at times, it’s the EMTs themselves whose lives are threatened. As you would expect in life-threatening situations, emotions run high and EMTs must endure both verbal abuse and physical abuse from patients and/or their loved ones. Recently, in Los Angeles, CA. a heavily intoxicated Heather Locklear was arrested back in June after EMTs and cops responded to her home on a disturbance call. They tried to load her onto a gurney when she threw a barrage of punches at them.

Sometimes that physical violence, though rare, can become fatal. Last April, a man unfit for trial with a long history of mental illness and drug abuse murdered New York City EMT, Yadira Arroyo, a mother of five. A few years ago, also in New York, a volunteer EMT, Mark B. Davis, responded to a call of a man having difficulty breathing. It was the other man in the house, the owner of the residence, Christopher Burke, who got agitated and shot and killed the EMT.

While EMTs / paramedics losing their lives in the field is extremely rare, what is growing is the number of EMS worker injuries treated in US hospital emergency departments due to violent acts.

The Centers for Disease Control and Prevention data shows violence is on the rise:

These numbers raise an important question, “Should we arm the EMS community?”

The second amendment, a highly controversial topic of conversation has gotten plenty of attention as of late, over the question of arming teachers. As you know, school shootings are nothing new. It seems like every other month we are filling our social media channels with prayers and hashtag movements in an effort to stay strong against senseless school shootings. So, while the country debates whether or not to arm teachers, we in the EMS community debate on whether or not we should arm our professionals?

Recently, the state of Ohio passed laws that allow EMTs and paramedics to carry firearms. According to the Dayton Daily News, “The bill allows tactical medical professionals — who are emergency medical technicians, paramedics, nurses or doctors trained and certified in a nationally recognized tactical program, like SWAT — to carry firearms while on duty. The bill specifies that these first responders must have already received firearms training and be authorized to carry a firearm by the law enforcement agency with which they are associated.” The article goes on to site, “Nearly 80 lawmakers co-sponsored the bill from the House and Senate, and it received near-unanimous support in voting with a 92-2 vote in the Ohio House and a 31-0 vote in the Ohio Senate. The bill is also similar to what former Republican state lawmaker Courtney Combs introduced when he last represented the Ohio House district.”

On the flip-side, Jody Marks from Huntsville, Alabama who has been a paramedic for 14 years wrote an article, published in EMSworld.com, that counters the argument to arming medical professionals. He lists a number of reasons, from trust with patients, to proper training, but he also speaks to his personal experience in the field. “In 18 years of EMS, I have never once found myself in a situation where I felt unsafe because I didn’t have a gun. In retrospect I cannot recall a single instance during my career about which I now think, I wish I had killed someone that day. I understand this is subject to change at any moment, and I understand that many others have not been so fortunate, but this is my experience.”

I myself have responded to emergency calls late at night in areas that have high crime rates and have found it to be uneasy. Being a Paramedic, we carry various types of narcotics that can make us prime subjects for robbery.  I have often wondered if having a firearm would offer more protection or potentially bring more harm to myself and/or my peers.

Safety is everyone’s primary concern, but would arming our EMS community with guns take it one step too far?

What are your thoughts? 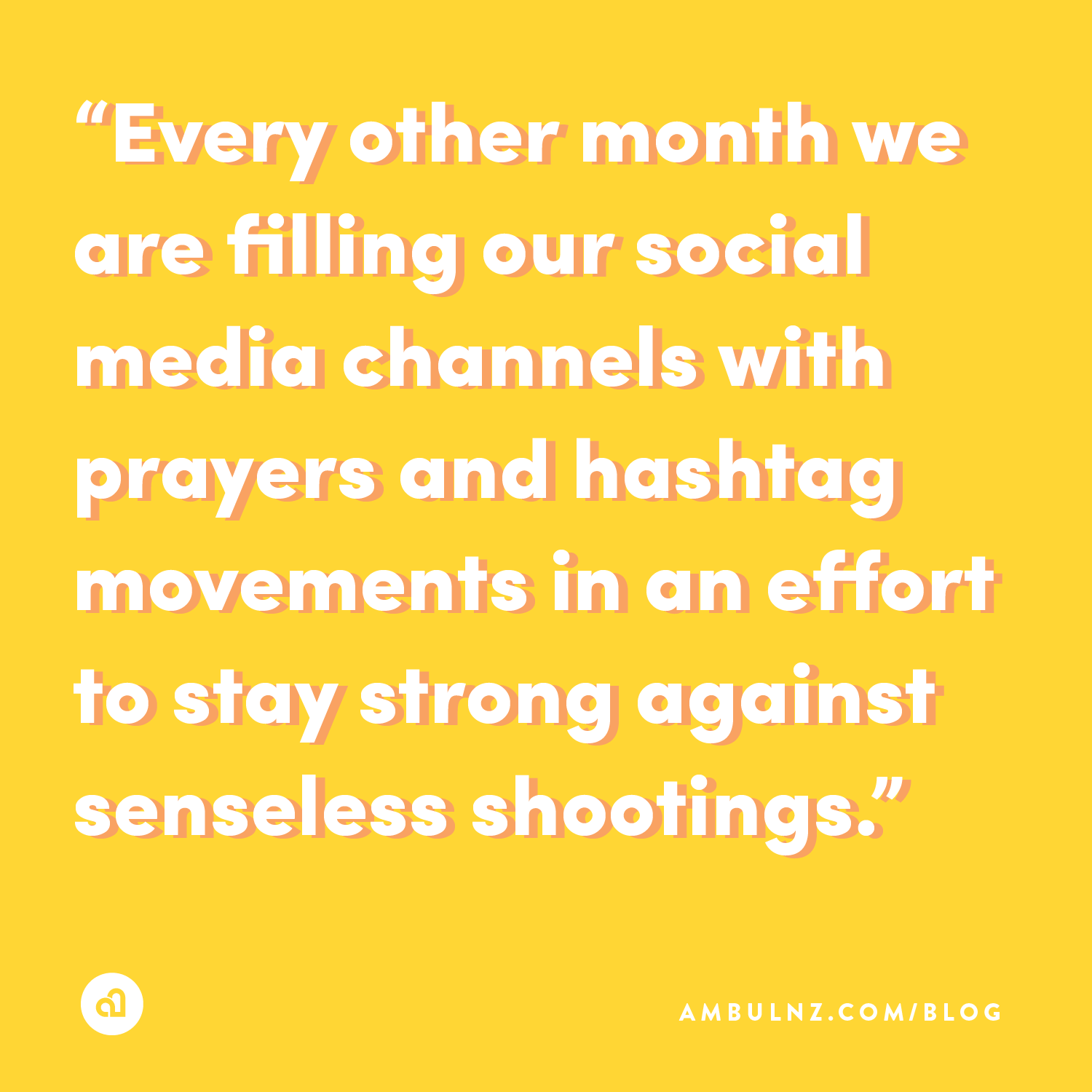